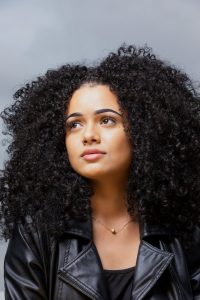 Do you take care of your hair properly?   Or is it just something that adorns the top of your head that annoyingly needs a cut every once in a while and has to be kept clean? Apart from which, you pretty much ignore it!

The average head of hair cops a fair amount of abuse in many instances. We drag strand destroying brushes and combs through it. We stick it up into ponytails to get it out of the way using elastic bands that stick to the strands and break them. We run our hands through it; sometimes those hands aren’t exactly squeaky clean! Some people have that annoying habit of chewing their hair. And hands up if you’re guilty of stowing your pen in it, even though you’re technically aiming for the top of your ear! You may also be in the habit of doing a bit of self-styling. However, metal styling tools just don’t cut it. Well they do but in all the wrong ways! They can cause breakages, particularly if you’re a bit heavy handed with their use.

Then there’s the process of washing it.   Hands up again if you use any old shampoo because it’s cheap and when you use it, you just scrub and rub any which way. For good measure, you’ll give it a second going over just in case you missed any dirt the first time round.   Then you might shove it under a hair dryer running full blast. After all, unless you’re going bald there’s plenty more to spare so does it really matter if you abuse a few into dropping out of life prematurely. Then you wonder why you aren’t achieving the same results as the models in the ads, even though you may have decided to move past the ‘any old shampoo’ and invest in the same shampoo they’re using.

The thing is that hair is a living organism. Or at least at its roots it is.   The tiny little powerhouses inside the epidermal layer of skin on your scalp that are responsible for putting your hair out there are very much alive. Taking care of these little babies is predominantly the responsibility of your diet and you may be doing that just fine. However, taking care of the external bits could be a different story.   These bits may be composed of dead keratinous material but you can still do a lot of damage to them.

Your first mistake could be that second wash. Even though many shampoo manufacturers recommend a second wash (after all, you’ll go through a bottle twice as fast then!) in most cases the first wash is perfectly adequate. That will get your hair clean. Successive washes just increase the risk of removing more oil, leaving your hair looking dull and dry, and also irritating your scalp.   You should also allow yourself enough time to give it a good long rinse in clean water. Remnants of dry shampoo through your hair is never a good look, not to mention that fact that it will also leave it looking dull and flat.

Cold water is the best for that final rinse too. Pundits say it leaves your hair shinier although other pundits claim that’s a myth but even more importantly, cold water closes the scalp pores that will have opened when you used warm or hot water with the shampoo. Cold water also helps stop sebaceous glands dilating and producing excess sebum, which may leave your scalp greasy. 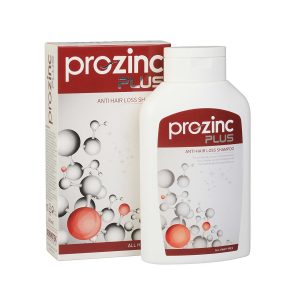 Select your shampoo with care. Toss the ‘any old one because it’s cheap’ bottle and invest instead in one specifically designed for your hair and scalp type.   Remember, you’re only going to be washing once from now on so that immediately cuts your shampoo consumption in half. Use the savings to go upmarket.   However, if you want to wash your hair more often (perhaps you have horses and they kick up a lot of dust) consider using a mild shampoo designed for frequent use. Many of them produce less froth and bubble but that doesn’t necessarily equate to ‘less effective’! In fact, shampoos that produce excessive amounts of bubble may well be more aggressive in content too. And whilst we’re on the topic of mild shampoos, here’s an interesting point.   Many so-called ‘mild’ children’s shampoos are not particularly mild at all. What they are is less irritating but that’s not the same thing as ‘soft’.

Good quality conditioners are also not a bad idea. They should be followed by a long rinse in cold water (for all the reasons we mentioned above).

If you need to use an anti-dandruff shampoo, handle with care. They typically contain ingredients like Ketoconazole that are highly effective for treating scalp conditions like dandruff but can also irritate the scalp.

As for those pesky split ends… Unfortunately, there’s not much you can do about those except investigate why they’re happening and if its something you’re doing, cease and desist! If they’re the result of using metal styling tools, consider investing in a set of ceramic ones instead. They’re kinder, and as a plus they distribute heat better and usually have adjustable heat settings. Apart from that, you can snip them off and apply some type of hydrating treatment that will afford the new ends a degree of protection.

Finally, we hear it all the time in conjunction with our skin – cover up, avoid excessive exposure to the sun and so on. However, sun can also damage hair, which is surprising considering that scientists believe one of the reasons we retained it on our head when we lost it from nearly everywhere else was for sun protection. Even so, excessive sun exposure can leave hair looking lifeless and brittle. It can also turn that expensive colour job you’ve had done brassy and dull! So, pop on a hat when you have to go out into the sun (your complexion will thank you too!) or wear a protective head scarf. You can also get spray in conditioners that will help protect your hair.

There are many good reasons for taking better care of your hair. It is after all supposed to be your crowing glory, not a gory looking crown.