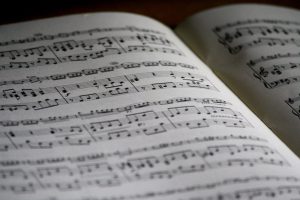 Music is an intrinsic part of society and culture. Music is for the soul and many other things. It was also probably one of the first things we invented once we began standing upright, and developed a bigger, cleverer brain than most other species. However, today we’d no doubt be hard pressed to find anything terribly ‘musical’ about our earliest forms of the genre. Experts believe music likely originated in Africa and would have consisted of drumbeats and stick tapping. It’s probable early music also imitated sounds of nature, like birds chirping, wind, water, and so on. We can still hear this original influence in music from Africa and in certain types of music.

Once we’d figured out how to beat out a rhythm with sticks and stones, it didn’t take us long to put our inventive brains to work coming up with adaptations and improvements. We also learnt that we could make sounds by blowing into hollow reeds, and that those sounds could be modified by varying our blowing, and by holes strategically placed along the reed.   After all, the music is for the soul. At some point we also discovered that plucking strings suspended on a frame made some lovely sounds and that the sound varied according to the length of the strings. These were the precursors of the modern musical instruments of today.

By 4000 BC, flutes and harps were being used in Egyptian culture. Lyres and double-reeded clarinets made an appearance around 3500 BC. Of particular note is the fact that lyres were associated with mythology. Orpheus played a golden lyre that was given to him by his father Apollo, the God of Music. The first trumpet appeared in Denmark circa 2500 BC. This early form of trumpet is still around today. It’s called a natural trumpet and doesn’t have valves like modern trumpets. Instead, the various changes in pitch are made by changing the way we blow into it.   In 1500 BC the Hittites came up with the guitar. This concept of using frets on vibrating strings to change their pitch would ultimately contribute to the development of other stringed instruments like the harpsichord and violin.

As for written music – the first known samples of that date back to 800 BC, although some sources state there is evidence of it existing as early as 1500 BC. However, they weren’t written in the modern musical scripts we’re familiar with today. They were written in cuneiform, the first known form of writing.   Needless to say, they were hymns as were most early songs. Within a hundred years, we’d begun to combine vocals and instruments and the modern song was born.

Pythagoras (600 BC) is usually associated with maths but he is also credited with inventing the cornerstone of modern music – the octave scale. Music was well and truly on its way to becoming the system of sounds we know today. Two and a half centuries later in 350 BC, another famous scholar called Aristotle developed a method of notating music that is still studied today. The Greeks made a huge contribution to music during this time. Eventually, their method of musical notation was taken to Western Europe in 521 AD by Roman senator Anicius Manlius Severinus Boethius. From there, music developed in leaps and bounds to become the sounds we’re familiar with today. 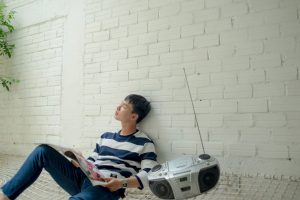 Music is so inextricably bound up in our lives that we’re probably not even aware of its value to our health. We just know that certain types of music make us feel better, sadder, happier, less stressed, more energetic, and so on.

f music can alleviate depression and reduce anxiety. This article for example found that when patients waiting for a PET scan listened to meditative music, their heart rate and anxiety symptoms were considerably less than those who didn’t. This may be valuable to know because often anxiety and stress cause false-positive fluorine-18 fludeoxyglucose uptake and interfere with image quality and interpretation.

Music can also be beneficial for helping with the following:

How Playing Music Affects The Brain

There’s a perfectly good scientific explanation for why music has these effects. Music can affect the production of dopamine in the brain. Dopamine is a neurotransmitter involved in regulating movement, emotional responses, motivation, learning, and attention. Thus it’s part of our motivation / reward behavioural pattern. It’s also associated with pleasure and is often referred to as the ‘feel-good hormone’.

You can apply the benefits to be had from music in many various ways. Obviously, there are trained music therapists who use for stress relief music therapy. However, unless you’re specifically suffering from a medical condition that makes seeking professional assistance necessary, you don’t have to go to quite those lengths to benefit from music.

You can also learn to play an instrument yourself. Just like finding the right hairstyle for yourself, it takes time and trying 🙂

However you get music happening in your life, you’re bound to feel a lot better for it. So turn on the radio, crank up the DVDs, or download your favourite iTunes.