At GetHair, every month we have a number of Australian clients so we thought we’d take a look at the wide brown land they call home.  If you’ve looked at an atlas or Googled world maps you’ll have noticed that Australia is a rather large country.   It covers around 7,706 million square kilometres. To put this into perspective, the entire land area of Europe is 3,483 million square kilometres. Therefore, you could clone Europe and fit both the original and the clone into Australia with room to spare! Here are a few great things that are only in Australia below;

Australia in fact is so big that there can be flooding rains on one side and drought and searing bushfires on the other side. And because the country is so big there are 2 distinct climate zones – the steamy, tropical north and the drier, Mediterranean south. There are also 3 time zones in winter and 5 in summer when half the country chooses to put their clocks forward an hour whilst the other half chooses not to.

There are 4042 kms between the east coast and the west coast of Australia, something West Australians consider to be a distinct advantage about living on the west coast, and 3860 kms between the north and south coasts. Western Australia’s capital city has the dubious honour of being the most isolated capital city in the world, another thing West Australians feel is highly advantageous. Western Australia also comprises over one-third of Australia’s land mass and has the world’s second largest electorate. The other 5 states and 2 territories share the remaining 2/3rds of the country.

Australia is the world’s largest island nation, being ‘girt’ by sea as explained in their distinctive national anthem. If you choose to take a dip in the ocean in Western Australia you’re swimming in the Indian Ocean. If you choose to do so on the east coast you’re in the Pacific Ocean. Meanwhile, the Indian Pacific is the name of a passenger train that runs between Perth on the west coast and Sydney on the east coast. Another train called the Ghan runs from Adelaide on the south coast to Darwin on the north coast.

If you think the Great Wall of China is a feat of engineering marvel wait til you see the mighty Rabbit Proof fence, or to use its current name – the State Barrier fence. There are actually 3 fences in total – the longest one starts near Esperance on the south coast of Western Australia and finishes north of Port Hedland on the north ‘westernish’ coast. The combined length of the 3 fences is 3256 km through some of the most inhospitable country known to man. The fences are maintained by local pastoralists and the various councils through whose jurisdiction they pass. Did the fences actually keep rabbits out of Western Australia though?   Unfortunately not – WA is as plagued by rabbits as the rest of the country.

And speaking of rabbits – the first rabbits arrived in Australia in 1788 and were carefully bred in captivity for 70 years without incident ie without escaping. However, Australia’s feral rabbit population can thank a British settler by the name of Thomas Austin who thought releasing 24 captive rabbits onto his property back in 1859 was a good idea. He had guests who wanted to do a spot of hunting. Unfortunately not all 24 rabbits were subsequently accounted for by the hunters and the rest, as they say, made history. Or billions of feral rabbits. Australia’s mild winters meant the rabbits could blissfully breed all year round and within 10 years there were literally millions of them hopping around the hitherto rabbit-free countryside.

Another well-meaning introduced pest is the infamous cane toad. That was introduced into the sugar cane crops in North Queensland to control a particularly annoying beetle. It too decided Australia was very much to its taste and numbers have reached plague proportions. For many years its spread was restricted to the northern areas of the east coast but it has now made its way inland and is through the Kakadu National Park in the Northern Territory.  Cane toads have also been sighted in the north of Western Australia.   There are also huge numbers of feral foxes, again introduced to allow British settlers to enjoy the sport of foxhunting down under.

Australia – Land Of Many Dangerous Things, Not All Of Them Two Legged 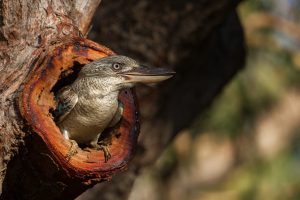 The thing is though that Australia really didn’t need any more pests brought to her shores. She already has more than enough critters of her own, many of them dangerous. Australia for instance is home to the world’s most venomous snake of all, the Belcher’s Sea Snake AND the worlds most venomous land dwelling snake, the Inland Taipan. Two out of two ain’t bad!   Rounding out the list of contenders for Most Venomous Top 10 are Dubois’s Sea Snake, the Coastal Taipan, Eastern Brown, Gwardar or Western Brown, Tiger Snake, Dugite, and Common Death Adder. And that’s just the snakes. There are also venomous spiders, scorpions, surfer eating sharks and plenty of other nasty creepy crawlies to contend with along with that prehistoric relic, the crocodile.   Australia proudly boasts 2 types – the salt-water croc and the fresh water croc. As for those crocodile warning signs you’ll spot everywhere in northern Australia – it pays to take heed of them because they’re there for a reason. Unfortunately Australian crocs haven’t been taught that humans are off the menu.

The Ancient Uniqueness Of Australia

When it comes to things prehistoric in general Australia is pretty impressive. It boasts the beautiful, 150 million year old Daintree Rainforest in far North Queensland. This is the oldest continuous surviving rain forest on the planet and is now a World Heritage Listed area. Unfortunately though this didn’t happen until AFTER many thousands of acres of it were logged.

Right alongside the Daintree is the world’s largest World Heritage Listed area, the Great Barrier Reef National Park.   This is a 500,000-year-old structure and is one of the few natural features on earth that can be seen from outer space. The current reef is reasonably young at around 8,000 years old. In a very special, very unique section of coastline called the Daintree Coast, just south of Cape Tribulation, the Daintree and the Great Barrier Reef converge. It’s currently the only place in the world you’ll experience this phenomenon.

In 1994 another pre-historic relic was discovered in the Blue Mountains Area near Sydney in New South Wales. This relic is believed to be the direct ancestor of a species that is even older than the Daintree. At 200 million years old the Wollemi Pine was believed to be extinct with the only proof that it had ever existed being fossilised remains.   Until that day in 1994 when a bush walker discovered a small group of unusual looking pine trees growing in a sheltered section of the Blue Mountains and brought them to the attention of park authorities. Those unusual looking pine trees were subsequently identified as Wollemia nobilis, making them one of the oldest, and rarest, plants known to exist. There are only around 100 of these trees in the wild but they have been very successfully cultivated and can now be purchased by those wanting their own special piece of Australian pre-history.

Australians And Their Sport

Australians are renowned sports lovers.   They’re also well known for their willingness to take a punt on just about anything that moves. Spot 2 flies crawling on something – let’s take a bet on which one reaches the top (or bottom) first. Or how about a game of two-up, which involves betting on whether two coins flipped simultaneously into the air will land with both heads up, both tails up or one of each. This game was invented by Australian soldiers during WW1 as a way of entertaining themselves in between bouts of warfare. Unfortunately if you do want to play, you’ll have to make sure your visit down under coincides with one of the few occasions it’s allowed to be played.   Anzac Day is one of those occasions.

On the subject of unique Australian sports – there are 3 of them (or 4 if you count two-up). As befits a country that spent its first 125 years hugely dependent on a four-legged import, 2 of these involve equines. One of them is polo-crosse, a cross between polo and lacrosse played on horseback. The other involves chasing a cow around a couple of markers in an arena, which is also done on horseback. This sport is called camp drafting. The third sport is Australian Rules Football (AFL), which involves very athletic men in ‘skimpy’ shorts (and a club Guernsey of course) running around after a ball in front of an audience (and television cameras). AFL is Australia’s answer to soccer AKA football, in the southern states.   The northern states prefer the considerably rougher game of rugby.

And then there is cricket, which non-cricket folk usually describe as being somewhat akin to watching paint dry excitement-wise. Although Kerry Packer did change this somewhat when he introduced a shorter, faster, more exciting variant called One Day or Day Night cricket.  Another unusually Australian habit is their habit of nick naming their national sports teams – there are the Socceroos (soccer / football), the Wallabies (rugby union), the Kangaroos (rugby league), the Hockeyroos (hockey) and the Boomers (basketball) to mention a few.

So there you have it – a quick tour of that wide brown land down under that produces a species of human renowned for their love of sports and cold beers, their ability to poke fun at themselves, their fondness for a black tar looking condiment called Vegemite and their distinctive use of the English language. Why use two words when shortening it to one will do. Macca’s anyone? However, it has to be said that they haven’t yet managed to completely mangle English spelling and they still spell things with an ‘s’ not a ‘z’ …..