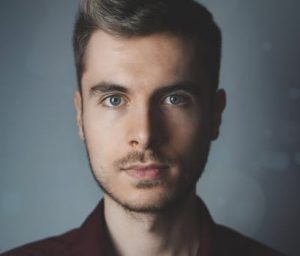 It was Aristotle who said “Beauty is a greater recommendation than any letter of introduction.”   In 1882 Schiller suggested “Physical beauty is a sign of interior beauty, a spiritual and moral beauty.” Even 600 years before Christ was born, a Greek poetess by the name of Sappho was writing things like “What is beautiful is good.” In other words, humans have been conditioned for millennia to view physically beautiful people in a more favourable light than the not so beautiful. In the 21st century, physical attractiveness has become more important than ever. Most of our patients get a hair transplant for the same reason, too.

Popular Studies Around The Image Of Attractive People

In 1972 Karen Dion, Ellen Berscheid and Elaine Walster published their oft-quoted research that looked at how appearance, notably facial attractiveness, could affect our perception of a person’s personality and lead us to make extrapolations about their abilities and talents. The research paper, appropriately titled “What is beautiful is good” in the tradition of Sappho, studied the impressions formed by 100 undergraduate students when they looked at a number of photos of different people (male and female).

Overwhelmingly, the researchers found that the more attractive the person in the photograph was, the more likely they were to be associated not only with traits like honesty, competence and likeability but also with greater success in life generally – relationships, careers etc. Those that were not so attractive tended to be perceived as unproductive and even lazy and were associated with lower levels of success in life. * / **

It seems astonishing that so many assumptions could be made about someone purely on a photo BUT these types of findings have been repeated in many similar studies before and since! These studies have looked at various arenas (politics, education, the legal system, employment) and discovered that invariably the way people look can have a dramatic effect on outcomes. In other words, when perceptions based on someone’s physical attractiveness and appearance are applied in a real world setting they can have far-reaching and long-term consequences, including for employment prospects and work place function.

Popular beauty site Allure has also conducted several surveys over the past decade around the topic of appearance and how it matters. In 2010 for example they found that 35% of those surveyed believed their appearance played a major role in identifying who they are as people.   When the survey was repeated in 2015 that number had risen to 50%. So at least half of us think the way we look defines who we are! In another more recent study by the site, a survey of 2,500 people found that 64% of those surveyed admitted that the first thing they consciously register about someone is how attractive they are. Another interesting titbit of information to come out of the survey was that millennials (1981 – 1997) AKA Gen Y’ers, were far more critical about other people and more likely to view themselves in relation to others than either Baby Boomers or Gen X people.

Our Non-Verbal Communication System And Why It’s Important

Physical appearance is classed as part of our non-verbal system of communication and we place a great deal of emphasis on this communication system because we’re a very visual species.   Physical impressions of others are important to us because we’ve been taught that certain physical characteristics are associated with certain types of behaviour and personalities as evidenced by the 1972 Dion et al study (and others). In other species it’s called self-preservation but in humans it’s more likely to be referred to as bias. Bias’s about physical appearance and attractiveness manifests not just socially and in our personal relationships but also flows over into the workplace as well. Indeed, the workplace is one place where non-verbal communication based on physical appearance can reign supreme. It’s a topic that has been well explored in research documents like these:

So make no mistake – as a member of the human species your appearance and how attractive you look to others matters.   From what you wear to how you wear it.   From the top of your head to the tips of your toes, your appearance affects your career and there is plenty of evidence to suggest that it can also affect your performance too. Just Google the topic!

When you know you look professional, you’re more inclined to feel professional which boosts your self-confidence. And when you feel more professional and confident you’ll work more professionally, get more things done and generally be a lot more productive and efficient. Working more professionally is a good thing as far as your career goes! It signals to your boss that you’re an efficient career minded person and worth promoting. Or worth a bigger pay cheque.   It also affects how other people in the workplace (other employees and members of the public) perceive you.   Unfavourable visual impressions of staff who deal with customers for example can cost a company customers and income. 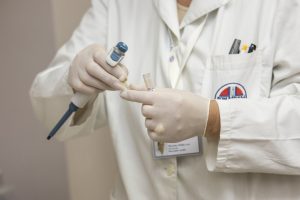 This is also a reason why many people who work from home also make a point of ‘dressing for success’ even when their office is just a few steps away. They invariably find it increases their productivity because they feel more businesslike and efficient when they look the part. And research like the now famous white lab coat experiment research backs up this sentiment. The researchers even gave it an official name – enclothed cognition.

Enclothed cognition essentially refers to how different types of clothing are symbolically associated with different activities and how wearing those clothes psychologically affects how we think and behave***. When we’re wearing gym clothes for example, we’re more likely to feel energetic, fit and healthy. When we’re wearing business clothes, we feel more organised, more businesslike and more efficient. That’s why it’s referred to as dressing for success.

** The Effects Of Physical Appearance And Behavior Upon Ratings Of Social Attractiveness By Sandra Diane Mahoney, B.A., M.A. 1978