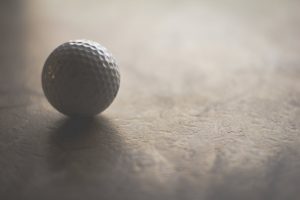 Fancy a round of golf whilst you’re visiting us in Istanbul for your hair transplant? You may not realise it but we have a number of world-class courses to play golf in Turkey.

It’s tempting to believe that golf is a fairly modern innovation in Turkey and when it comes to resorts and world-class courses designed to attract the cream of the world’s golfers you’d probably be right. However, contrary to what may be popular international opinion Turkey has a very long association with golf.   Golf is in fact the oldest branch of sports in Turkey! By that we mean the oldest sport with an established club and facilities.

The History Of Turkish Golf

The first Turkish golf course, and Turkish golf club, was established way back in 1895 at Okmeydanı in Istanbul.   British and American expats living in the area missed their golf so they created a course, and a club! This makes it the oldest sports club (of any sport) in Turkey and the 9th oldest golf club in Europe. So much for golf only being a modern introduction to the Turkish sports scene!

Called the Constantinople Golf Club, the original golf club and golf course was an expats and foreign visitors only membership / course. The course consisted of 12 holes on rented land at ‘Arrow Square’, a cavalry training ground. Even though the club legally rented the land, it still did double duty as a golf course and training ground for the neighbouring Ottoman archery division. Eventually though part of the course was reclaimed for exclusive use by the Cavalry. After a number of unsuccessful attempts to get the land back, the Club relocated to Bebek around 1914 where they established a 9-hole course.

By this time the club’s name had also changed to conform with the requirements set down by the declaration of the 2nd Constitutional Monarchy in 1909 and the introduction of a new Associations’ Law in 1911. The club’s new, and temporary as it turned out, name was The Bosporus Golf Club.   In 1923 Turkey was proclaimed a Republic and the club’s name changed yet again to the Istanbul Golf Club so as to conform to the new Republic’s laws. It has remained the Istanbul Golf Club ever since. The other change mandated by those laws was that the club had to allow Turkish citizens to become members. The honour of being the first Turkish national to be granted membership went to Nusret Bey on December 17th, 1925.

In the middle of all these constitutional changes, the golf club had also relocated yet again. It moved in 1922 from the Bebek hills to a vacant piece of farmland next to a military camp in the Maslak-Levent area. An initial 9-hole course was built; this was subsequently expanded to 18 holes with assistance from the British Embassy. A new clubhouse was also built. In 1923 the land was put into the control of the state treasury and a long-term lease with the club signed.

But the club’s woes weren’t over by a long shot. Over the ensuing 92 years there were numerous attempts by the National Defence Ministry to requisition the land for military use. At one stage the Istanbul Technical University also lodged a proposal to build a campus on the site. However, each time the requisitions and proposals were overturned the then governments of the day and the club was allowed to continue using the grounds.   When the original long-term lease expired in or around 1960, a series of short-term lease agreements were entered into.   Whilst these leases allowed the club to continue using the ground, they did not resolve the ongoing requisition disputes with the National Defence Ministry. As a result, the Ministry eventually gained permission to have a huge chunk of the land allocated to the Military Academy Command for their new facilities. This resulted in the 18-hole course becoming a 9-hole course once again.

Finally, in 2012 the club’s luck ran out and their lease was not renewed. The land was ear marked instead for non-sports purposes and the club was forced to look around for new premises once again. The then club president Mustafa Koc arranged to set up a temporary 9-hole course on family land until a more permanent location could be found. Finally in 2015 the club purchased a block of land at Riva and a new permanent course and clubhouse are in the process of being built.

Play Golf in Turkey at The Istanbul Golf Club?

Throughout its long history the Istanbul Golf Club has played a significant role not just in the development of golf in Turkey but it also served as an important social hub for expats in particular.   For example, it’s claimed that the Republic’s first Prime Minister Mustafa Kemal Atatürk used to frequent the club and discuss the current state of affairs with foreign ambassadors and other dignitaries. The clubrooms were also a great meeting place for international and local political and military leaders, ambassadors, business people and foreign newspaper correspondents. One can only imagine the depth and breadth of topics that would have been discussed over a round of golf and post-golf drink or two! 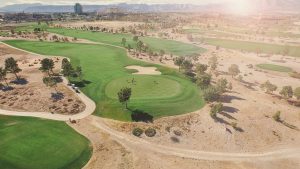 When it comes to the development of play golf in Turkey, there is little doubt that the game would probably not enjoy the popularity, or the exposure it does currently had it not been for the Istanbul Golf Club. Once Turkish nationals were permitted to become members, many of them became excellent golfers and were instrumental in spreading the popularity of the game. Although other clubs were started early on most did not survive, leaving the IGC to continue flying the flag for the sport in Turkey and internationally on Turkey’s behalf.

It also took many decades for golf to be officially recognised as a sport in Turkey (1969). And even then it was only as an adjunct to the Tennis Federation.   But all that changed in 1996 when the Turkish Golf Federation was formed and Turkish Golf finally had a voice!   The primary mover and shaker in the Federation’s creation was none other than the then president of the Istanbul Golf Club, Mustafa V Koc. Another IGC member in Raif Bilir served as the founding president of the Federation.

Today golf is a high profile sport in Turkey – there are around 65 golf courses around the country with major concentrations in and around Belek, Lara and Boğazkent. The Belek courses in particular are world class with attached resorts and attract the cream of the world’s golfers. This is a massive change from the days when the Istanbul Golf Club was the only place in Turkey that foreign visitors could get in a game of golf.