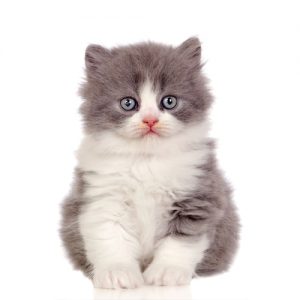 At GetHair we love hair. Short hair, long hair, medium long hair – all types of hair. Now if that sounds like something out of a catalogue of cat breeds, you’d be right! Here in Turkey we have a special feline that has beautiful hair in abundance. Silky soft, almost iridescent hair that developed to help keep the Turkish cats warm in the rugged winters of its native habitat in Angora, or Ankara. This cat is the Ankara Kedisi, also known as the Traditional Turkish Angora.

The Ankara Kedisi has a long history to go with its longish coat. It’s considered one of a handful of ancient cat breeds, which are those breeds that can trace their ancestry directly back to original domesticated wildcats. Although accounts of its history differ, it’s now accepted that the breed was firmly established at least by the 1500’s as there are records of longhaired cats from Turkey appearing in France around about this time. However, the breed was probably around a long time before that.   For example, legend has it that the prophet Mohammed, who lived from 570 to 632 AD, had one of these cats. It’s said that he held this cat in such high esteem he preferred to cut off the sleeve of his robe so it could continue to sleep undisturbed rather than do what most of us would do in similar circumstances! Which is turf the cat off the robe so we could put it on! This cat was reputed to have had one blue eye and one gold eye, a characteristic typical of the breed due to its predominantly white colouring.

Cats though were not originally white, or longhaired….

A Bit About The Evolution Of The Domestic Cat

In 2007 a genetic study into the evolution of the domestic cat (Felis silvestris catus or Felis catus) found conclusive genetic evidence that all modern domestic cats (pure, part and domestic hybrid) descend from Felis lybica (Felis silvestris lybica), the Near Eastern / African wildcat. The findings of this study were subsequently confirmed by a follow up study in 2017.

Felis lybica was originally domesticated by Neolithic farmers, probably in and around the Fertile Crescent in the ancient Near East, some 9,500 – 10,000 years ago.   Exactly where in the Fertile Crescent this domestication event happened is not certain although there is strong evidence that it may have been Anatolia, which is now modern Turkey. Parts of southern Turkey do fall in the Fertile Crescent area and maps of Neolithic agricultural distribution show that large tracts of central Anatolia were cultivated with grain crops. Grain attracts vermin like mice and rats, which in turn attracts cats….

As the wildcat was almost certainly domesticated for its value as a vermin hunter it makes sense to think that its domestication would have happened where there was a lot of vermin attracting grain being grown. Or perhaps a better way of putting it would be that wildcats deigned to allow humans into their personal space because they wanted the vermin that the human’s crops attracted!

It didn’t take long for domesticated cats to start conquering the world! Their innate vermin hunting abilities quickly made them a valuable trading commodity. Likewise, when humans began drifting to other areas of the globe their now domesticated cats went with them. But not because they were much loved family pets! They were simply valuable for keeping vermin under control.   When boats and ships were invented cats were also employed on those as vermin control officers, which aided their world domination efforts considerably. By 4400 BC DNA evidence indicates that cats tracing back genetically to domestic cats of Near Eastern origins had reached what is now Bulgaria in Europe. By 3200 BC they’d reached Romania.

Around 4,500 BC the ancient Egyptians also began domesticating the genetically identical African wildcat in a second domestication event. These cats likewise spread via ancient shipping routes.   The Romans and later the Vikings spread them yet further again and Egyptian domesticated cats eventually ended up as far afield as northern Europe. DNA evidence today indicates the spread of domesticated cats from Egypt was eventually even more successful and widespread than those of the Near East.

So who do most modern cats owe their ancestry to? Near Eastern or Egyptian domesticated wildcats?

That really depends on the breed. DNA studies of many of the oriental and oriental cross breeds for instance show they have genetic markers that group them with the Egyptian cats. Other ancient breeds, like the traditional Persian, the Ankara Kedisi and the Siberian Forest Cat are direct descendants of the Near Eastern domesticated wildcats. As both types of domesticated wildcat made their way to Europe and Asia in increasing numbers after domestication, and would certainly have interbred once there, it would probably be fair to say that most modern domestic cats are a mix of both.

Ankara Kedisi – Responsible For The Earliest Coat Mutations In The Domestic Cat?

Given its antiquity and location, the Ankara Kedisi is the likely original source of several mutations that are now widespread amongst the general cat population. One of those mutations is dominant white, a recessive mutation that produces a white coat which masks the underlying colour and coat pattern. Another one is a mutation that changes the coat from short to long hair. This particular mutation in the Ankara Kedisi is one of 3 long hair mutations in cats. Two similar but not identical mutations in the same gene have been located in the Siberian Forest Cat of Russia, and the Persian cat from Persia.   Even without DNA evidence, the fact that these mutations are now widely dispersed throughout the domestic cat population is a good indication these breeds have been around for a very long time.

Another interesting fact to come out of the 2007 and 2017 studies is that many of the modern coat colours and patterns we associate with cats today didn’t actually happen until fairly recently. Felis lybica was a shorthaired striped cat and ancient depictions of both Near Eastern and Egyptian domesticated cats indicate that these cats were likewise striped (and short haired). Indeed, DNA evidence shows that cats in general remained striped until the 1300’s when a cat in western Turkey during the Ottoman Empire was born with a point mutation that turned its stripes into blotches, a coat pattern known today as blotch, butterfly or king tabby. Could it have been an Ankara Kedisi? Incidentally, the same mutation in the cheetah creates the king cheetah with large blotches and stripes instead of spots. Subsequent mutations in the same gene have further modified the original wildcat stripes to create the various spotted and ticked patterns now called tabby. Around 80% of domestic cats today carry one or more of these tabby mutations.

Considering how common the tabby colouring is now, it’s worth noting that tabby cats didn’t become popular with cat fanciers until the 1700s. The Godolphin Barb (1724 – 1753), famous for being one of the 3 progenitors of the Thoroughbred breed, is also somewhat famous for his friendship with a tabby coloured stable cat called Grimalkin! Since then, aided and abetted by humans, other mutations have created further coat patterns and coat colours.

The Ankara Kedisi has a coat that is quite unique in structure. It is a semi longhaired, single coat that doesn’t have the woolly undercoat that many other semi and longhaired breeds have. The Persian cat for example has a woolly undercoat. The Ankara Kedisi’s coat also hangs in distinctive locks and is not prone to matting or tangling. This makes for easy maintenance. The cat also sheds out in summer to a much shorter coat.

Ankara Kedisi have been used in breeding programs with other longhaired breeds to improve the coats of those breeds. For example, they were used extensively in the early 1900’s to improve the coat of the Persian. According to some accounts, this practice became so widespread that it was feared the purebred Ankara Kedisi was in danger of becoming extinct. And outside its native Turkey it seems this is pretty much what did happen. This prompted the Ankara Zoo to establish a breeding program to preserve the breed.   Cats from this breeding program have subsequently been sold around the world and laid the foundations for the breed in other countries. In the US for instance all CFA registered Turkish Angoras are supposed to trace their lineage back to Ankara Zoo cats. Genetically and phenotypically however the US Turkish Angora now bears little resemblance to its Ankara Kedisi origins.

Ankara Kedisi cats are renowned for their playful, inquisitive natures. They love being up high and have no problems whatsoever perching on tops of doors and other seemingly precarious places.   And they love water! It’s nothing to find these cats happily swimming in a pond or water trough.

Ankara Kedisi cats bred in Turkey and surrounding countries have retained the physical attributes they’ve always had. They have a neat triangular shaped head and are a medium bodied, medium boned cat.   Their ears are triangular, not overly large and are set towards the sides of the head. This is in direct contrast to the American Turkish Angora, which is a very Oriental looking cat with a long slender fine boned body, long legs, very large ears set close together right on top of the head and an Oriental shaped head.

As previously mentioned, the most famous of turkish cats, Ankara Kedisi is also noted for being a white cat with blue or gold eyes, or one of each, because that’s what the Ankara Zoo program has selectively bred for. However, outside of the zoo’s breeding program, the Ankara Kedisi is a cat of many different colours. There are tabbies, red tabbies, and tortoise shells in both solid and patched coat patterns. But they all share that distinctive and lustrous hair that hangs in locks and is inclined to a slight curl on the underside of the body.