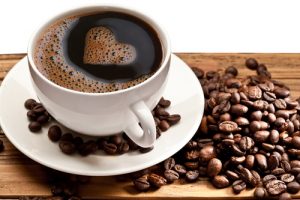 Coffee, or to use its botanical name Coffea, is a member of the plant kingdom (obviously!). It belongs to the Rubiaceae family. This is a large (the 4th largest in the plant kingdom) group of predominantly tropical flowering plants, some of which have very powerful medicinal and therapeutic phytochemicals. Mitragyna speciosa, commonly known as Kratom, is a member of the Rubiaceae family. Kratom produces potent stimulant and analgesic phytochemicals that have been used successfully for treating pain and inflammation. Their effectiveness is similar to that of opioids like morphine!   The bark from trees in the Cinchona genus produce Quinine, an anti-malarial drug, and Quinidine, used to treat heart conditions like arrhythmia. Another species in the family, Carapichea ipecacuanha, is used to make ipecac syrup, a substance long used for its purgative effects.   The blood thinner / rat poison Warfarin comes from plants in this family and the beautiful Gardenia is yet another member.

Whilst there are some 124 identified species of Coffea, only 3 are widely used to produce that superior brew we call coffee. And even then nearly 80% of the world’s coffee is made from Coffea arabica. The other 2 commercially viable species are C canephora (you would know it as Robusta) and C liberica. Robusta, a bitterer coffee than arabica with more caffeine, makes up most of the remaining 20 odd percent. Notably it’s commonly used as bulk filler in cheaper varieties of coffee.   C liberica is used to produce a couple of specialist and local coffees, mainly in the Philippines.

A naturally caffeine free variety of Coffea was scientifically identified in 2008. It grows naturally in the Bakossi Forest Reserve in Cameroon. It’s called Coffea charrieriana and the coffee it produces, Charrier coffee, is becoming the brew of choice for people who love their coffee but want to avoid caffeine. Artificially produced decaf coffee still contains a bit of caffeine.

A Few More Random Facts About Turkish Coffee And Caffeine

Coffea is very much a tropical species – most of the world’s coffee plants are grown within 1000 miles of the equator.   Coffee is the second most traded commodity in the world after crude oil. Will it become number one when crude oil supplies run out? And, when it comes to beverages, the only thing humans drink more of is water. Yes, we love our coffee THAT much. Following on from this, caffeine is the world’s most popular drug of choice.   But it is classed as a fruit – we drink how much coffee a day?? Caffeine is also a very powerful antioxidant and we need as many antioxidants as we can get to counter the effects of the excessive number of free radical causing substances we come into contact with daily.

If you need more excuses to continue to enjoy your favourite brew, this study found that caffeine contains properties that make it a very effective DHT blocker. Both orally and topically! For more information about DHT and hair loss, check this article. Caffeine also promotes stronger hair by increasing the size of hair follicles and thus hair diameter. If you use an effective hair loss shampoo, chances are caffeine is an ingredient. Check this list of top rated hair loss shampoos for instance:

But back to Turkish coffee…. 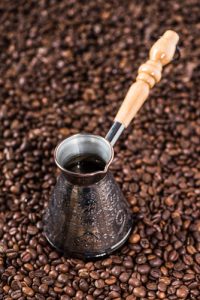 Like most popular coffees around the world, Turkish coffee is made from Arabica beans. Turkey and coffee have a long association. Actually Turkey has a long association with many things thanks to its ancient involvement with human evolution! However, coffee trees originated in Ethiopia – the first coffee plants were discovered in the 11th century. Ironically (more about this later) it was the leaves of the tree that were first used to produce a drink that became part of Ethiopian traditional medicine. From Ethiopia the fame of this magical potion spread throughout the Arabian Peninsula before reaching Yemen in the mid 1300’s. Yemenites prepared their coffee brews following the Ethiopian method of boiling the leaves in water. The plant became so highly prized in Yemen that it was a closely guarded commodity.   This probably explains why it was another 200 odd years before it reached Turkey.

Turkey and coffee first became acquainted in the mid 1500’s. There are several versions of how this happened. One of them is that an Ottoman Governor by the name of Özdemir Pasa was stationed in Yemen and became rather fond of the coffee leaf brew produced there. He mentioned this drink to his boss Suleiman the Magnificent, the then Ottoman Sultan and presumably sent him some beans. Given that the drink was popularly made from the leaves of the plant at the time, the Sultan was most likely meant to plant the seeds and grow his own coffee trees from which to harvest the leaves. However, maybe this message wasn’t clearly conveyed to the palace or maybe they were just more adventurous than the Yemenites were.

Whatever the reason, the palace conducted an experiment in which they roasted the beans over a fire rather than planted them. The roasted beans were then ground into a fine powder before being cooked in water over hot ashes using a special copper pot called a cezve. And as easily as that the first method of brewing coffee using coffee beans was invented. The rest, as they say, is history! Incidentally traditional Turkish coffee makers still use a cezve. 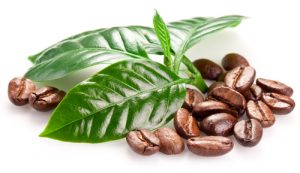 As for the original Ethiopian method of brewing the coffee leaves to make a ‘magic’ potion …. It’s a funny (or ironic) thing but ….it turns out that the many therapeutic benefits this drink was reputed to have are not so very far from the actual truth! However, it’s only taken us some 1000 years to discover this. Coffee leaves are exceptionally high in antioxidants and polyphenols, even more so than green tea. And we all know how very valuable green tea is in this regard. Furthermore, tea brewed from coffee leaves contains about as much caffeine as a cup of decaf coffee, which is less than green tea.   It’s like that old saying – what goes round comes round. Or what’s old is new again.