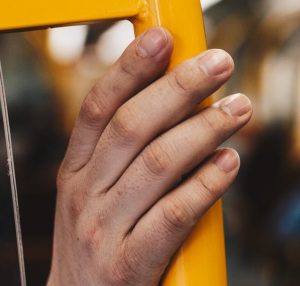 Your next trip to your manicurist could reveal some interesting things about your overall health! This is because nail abnormalities can be a side affect of other health issues you have going on. Here are some of the more ‘common’ nail problems and the possible health disorders they could be an indicator of. However, it’s also important to understand that many nail disorders are also perfectly innocent and can be explained by exposure to external factors like chemicals, water, age etc. Do you know what are your nails telling you about your health? Here we explained in detail;

In many cases this very common condition is simply caused by nothing more than age. Just as your skin begins to wrinkle as you age, so too do your nails.   In other words, they’re just wrinkles in your nails. Using a good moisturiser on your nails and cuticles can help reduce them.

Leukonychia – Those Pesky Little White Spots In Your Nails

Traditionally these are often considered a sign of a nutrient deficiency, particularly calcium. In reality though they’re more often caused by some sort of trauma to your nail matrix, which is the layer of cells that produce your nail.   It’s similar to the way an injury to the coronet band around the top of a horse’s hoof subsequently shows up as scarring in the hoof wall as it grows out. Wearing nail polish for prolonged periods can also cause white spots through damage to the surface of the nail. These types of white spots will grow out with the nail so if that’s happening, you’re OK.

The types of white spots to look out for are those that are powdery in consistency and don’t grow out with the nail.   These could signal a fungal infection, which will need treatment with an anti-fungal.

Onychoschizia Or Brittle, Cracking Nails – The Bane Of Many People’s Lives

Brittle nails are usually caused by a dry nail plate. One of the most common causes of brittle nail plates is having your hands constantly immersed in water or chemicals ie swimming, dish washing, photographic chemicals. Excessive use of nail polish remover is also a common culprit. You can also get brittle nails if you’re exposed to dry air like indoor heating or you live in a dry climate. As with nail wrinkles, moisturiser may help reduce nail plate dryness and reduce nail brittleness. Like skin, your nails are absorbent so they’ll take up the moisturiser easily.

Be aware though that brittle nails can also be a sign of hypothyroidism, a condition caused by an under active thyroid gland. If you suspect this may be the cause of your brittle nails, see your doctor.

If you smoke, wear a lot of nail polish or constantly have your hands in substances that stain, this is probably the reason for your yellow nails. However, the sudden onset of yellow nails could signal the onset of a disease like diabetes. Slow growing yellow nails may also be symptomatic of a respiratory disorder like bronchitis.   So if you can’t attribute your yellow nails to external factors, you probably should be talking to your doctor sooner rather than later.

Irritation from a lot of exposure to water can cause your fingernails to separate from the nail bed as can injury and infection to the nail bed. Other culprits include glues, nail hardeners and even an overly zealous manicure.   However, if your nails change colour to green, yellow or opaque white something a bit more sinister could be going on inside you. Notably thyroid problems or psoriasis, in which case a visit to your doctor is in order.

When your nails take on a concave or spoon shape ie they start curving up, you should seriously consider getting a blood test done. Because, unlike those harmless white spots that have long been mistakenly attributed to a nutrient deficiency, spoon nails very often spells anaemia. Anaemia is an iron deficiency. Koilonychia can also be a sign of heart or liver disease, or hypothyroidism. So this is one nail disorder you can’t afford to ignore or presume is innocent until proven otherwise.

What do pitting nails look like?   Imagine someone with a miniature ice pick jabbing at your fingernails and leaving little indents in them.   Nearly one half of psoriasis sufferers have nails with this type of pitting. Pitting nails are also known to occur in people with the autoimmune disease alopecia areata* which causes patchy hair loss. Once again, if your nails look like they’ve been attacked with a miniature ice pick, it’s time to seek medical attention.

If you’ve noticed that your fingertips are swollen and your nails have bulged upwards and curved over the tips of your fingers see your doctor! This increase in fingertip tissue is often caused by low blood levels of oxygen so these symptoms could be symptomatic of a range of associated health disorders.**   Notably lung disease, cardiovascular disease, liver disease, chronic respiratory disease, cardiothoracic disease, AIDS and inflammatory bowel disease.

These are transverse depressions that appear running from side to side across your fingernails. Like Telogen Effluvium, they’re often a sign your body has received a shock of some sort, interrupting normal nail growth. Beau’s Lines can also be a sign of lack of nutrients (zinc for example), that you’ve recently had a high fever, acute kidney disease or that you have untreated diabetes. If the line appears on just one fingernail, it’s generally because that nail has suffered a trauma. The appearance of Beau’s Lines should be cause for concern unless you know for sure what’s caused it / them.

Dark streaking on your nails, or a painful growth, may be an indication that you have a melanoma in the nail unit somewhere. These types of nail changes require immediate medical attention.

Very pale coloured nails may be a sign of anaemia or iron deficiency. 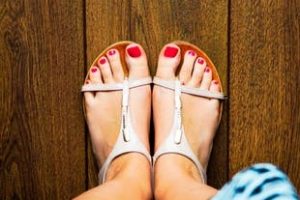 Paying attention to your finger and toenails so you notice any sudden changes is a good way to keep tabs on what may be going on with your health generally. If you do notice anything concerning always speak to your doctor.