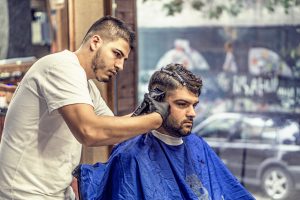 What do cement and concrete have to do with hair transplants and GetHair? Well, nothing really, unless you consider that our premises here in beautiful Istanbul is built with concrete. However, we came across an interesting article recently about the use of waste human hair as a reinforcing material in concrete. That certainly got our attention! When considered in the light of our status as one of the world’s leading cement producers, we wonder if there is potential here for an enterprising Turkish business…. Hence our mentioning the Turkish cement industry.

Fibres are added to concrete for a variety of purposes. They help to reduce micro-cracks and shrinkage cracking. They lower the permeability of the concrete and produce a lighter, more durable product. Certain types of fibres also help to improve concrete’s freeze-thaw, impact, shatter and abrasion resistance. Steel fibres can reduce the requirement for steel reinforcing whilst increasing the structural strength of the concrete. Adding nylon and polypropylene fibres makes it easier to pump concrete over longer distances. Fire resistant fibres can also improve the concrete’s fire resistance capabilities. In other words, there are many advantages to be gained from adding various types of fibres to concrete to produce fibre reinforced concrete.

The popularity of a product called ‘fibro’ during the early to mid 1900’s facilitated post war housing booms in countries like Australia. Fibro was thin lightweight, fire retardant concrete sheeting made by mixing asbestos fibres and concrete. Its use though was discontinued when the deadly health issues associated with asbestos became known. Today fibro is made with alternative fibres but its popularity as a building material has waned. Research into other types of potential fibres is ongoing and this is where the use of human hair comes in.

Waste human hair is part of a growing environmental issue associated with waste streams in most parts of the world.   Unfortunately tons of it is produced globally – the UK alone for example is estimated to produce 6.5 million kilograms of waste human hair each year!** Consider this – every time you go to a hairdresser or barber’s shop for a hair cut your hair is adding to the global stockpile of waste human hair!   Hair is non-biodegradable so doesn’t break down quickly and thus will continue to be an environmental issue for years unless other uses are found for it. With the way the world’s population is expanding, it’s a problem that is also going to continue to grow exponentially.

It doesn’t need to be this way though.   Hair has many worthwhile properties that make it a potentially valuable recyclable resource. It has a very high tensile strength for instance that makes it ideal for adding to concrete, which has a very low tensile strength. Those non-biodegradable properties that make it such an environmental waste problem conversely make it an ideal fibre for FRC.   Human hair is also highly flexible, lightweight, absorbs oil and is a good thermal insulator. And we’re simply chucking it out with the garbage.

A study undertaken in 2015 investigated the use of human hair in concrete and discovered notable improvements in the compressive and flexural strength of the concrete to which hair had been added.   Both cubes and cylinders of concrete were tested and the results were similar across both. It was also noted that the more hair that was added, the greater the improvements in these characteristics. For example, when 2% of hair by weight of concrete was used for the cubes, there was a 5% improvement in the flexural strength of those cubes. Likewise, there was a 12% improvement in the compressive strength of concrete cubes made with 2% of hair by weight of concrete added. The results were similar for the cylinders. The cubes and cylinders were also compared for cracks and fissures after testing and it was noted that those containing the hair had far fewer than those without the hair.

Other Ways To Recycle Human Hair 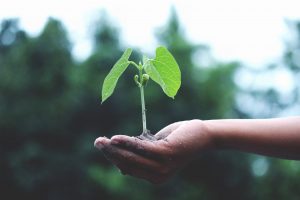 Other ways to recycle human hair include human hair rope, jewellery, wigs, hair extenders and for soaking up oil spills.   This latter use is a particularly good use of waste human hair because, as previously mentioned, it is highly absorbent in relation to oil. Human hair is also being trialled as a component in organic composts because it does contain valuable nutrients that become available as the hair starts to degrade.   However, the length of time it takes for this process to start happening makes it a very long-term project.

If your problem is trying to grow hair full stop, let alone produce enough to contribute to the growing pile of waste human hair, why not book an appointment to talk to our hair loss specialists here at GetHair.