2019 saw a huge rise in the full bearded hipster look but 2020 looks like a move towards clean shaven is well on its way. Beard trends fluctuate enormously, often triggered by celebrities, movies, and social media. However, the beard trend 2017 style seems to be moving towards a sharper trimmed, and even clean-shaven look.  So, is the full beard dead? 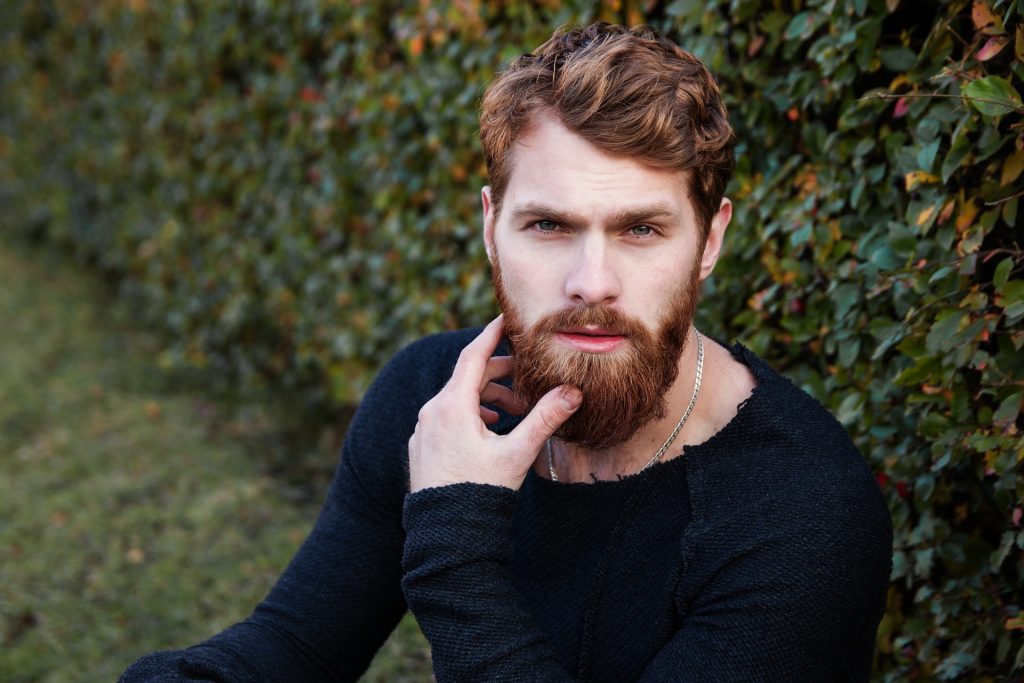 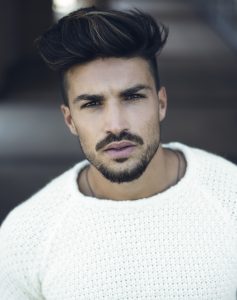 Let’s face it, some men just can’t grow a beard successfully. For many of these guys it will be a relief to get back to the clean-shaven face. If you tried to grow a beard last year you may have been comforted by the fact that many models were sporting an unkempt, shaggy face but if your beard just stubbornly refuses to grow, then why fight it?

Our faces are very personal and what suits one, looks terrible on another. A well-groomed face is far more attractive than a failed attempt at a beard. You may also find the hassle of maintaining a beard to be unworkable, depending on your lifestyle. However, you may also find the daily ritual of shaving something you dislike; it is a personal preference.

If you do prefer a beard then the beard trend for 2020 is towards a sharper more trimmed look. Italian fashion blogger, actor and Instagram darling Mariano Di Vaio sports a precisely cut beard, plus moustache that is becoming even more defined as the months pass. He is also cropping his hair more as the beard becomes more cleanly trimmed.

If the beard trends 2020 seem to be favouring a clean-shaven look then while a full beard may not be trendy, a little designer stubble is still a compromise for many. Lots of men like to give their face a rest at the weekends or on holiday and shave less, allowing a more natural look to develop. Your work day face, much like your clothing tends to be more formal and the full hairy hipster beard may not suit your work environment. Luckily, a beard hair transplant in Turkey can help you achieving any of your beard goals.

Beware the summer beard…growing your beard over the holiday might seem like a great way to relax your shaving routine but it has its consequences. When you must shave it off to return to work your face will have a distinct white mark where the beard was, set against the rest of your tanned summer face this is going to look very odd. If you do grow a beard over the holiday, then gradually trim it down until your tan has faded before removing it completely. Alternatively, a few days before returning to work, shave it off and apply fake tan to the white area!

This is not the same as the five o’clock shadow which appears for some men who need to shave twice a day to maintain a facial hair free face. Designer stubble is usually a few days of beard growth and it became fashionable in the 1980’s as a nod to the macho man, such as Clint Eastwood in his 1960’s spaghetti westerns. Those sporting designer stubble were regarded as rebellious, carefree, even too busy to shave! An icon of this trend was George Michael. Other men that favour this look are Jason Statham, Hugh Laurie, George Clooney, Gerard Butler and over the years David Beckham has gone between, designer, clean and trimmed beard.

George Clooney is a great example of switching between clean-shaven and designer stubble to suit his mood and the image he wants to portray. He is also a man unafraid to be grey, a topic we will cover in a later article.

Designer stubble, clean faced or beard trends aside; what do women think?

There have been some interesting psychological studies done on whether beards or not are attractive to women. Overall, all studies have found that men with more facial hair are deemed to be more masculine and are also perceived as older. So, yes, young men growing beards to appear older does work! Conversely, many older men report that shaving off their beards makes them appear younger to those around them.

Deeper investigation finds that the level of facial hair is significant, and that it also matters whether a woman is looking for a potential short or long-term partner. Fuller beards seem to signify a more paternal type, someone who would be a good husband and father. While shorter beards and designer stubble are regarded as sexy and attractive on initial encounters and are more likely to get the man a date! There is a balance to be achieved. The most attractive combination appears to be a slightly rugged designer stubble combined with high levels of grooming. So, shaggy beards and an overall unkempt look is a loser in the attract women game.

Overall, these ratings suggest that an intermediate level of facial stubble is more attractive for a sex partner, while a fuller beard is perceived as indicative of someone with good fathering ability and more investment in offspring.

From a practical point of view- women do not like kissing scratchy faces, so it is important that any facial hair feels soft to the touch.

Whether you favour a clean-shaven face, a beard or designer stubble, ultimately it is a matter of personal preference. However, if you want to be trendy, then the beard trends of 2020 favour less over more. If you go for a beard make it shorter and trimmed. Designer stubble should also be carefully maintained and ensure you use beard softeners to keep your lady happy. What is your preference and why? Let us know in the comments below.